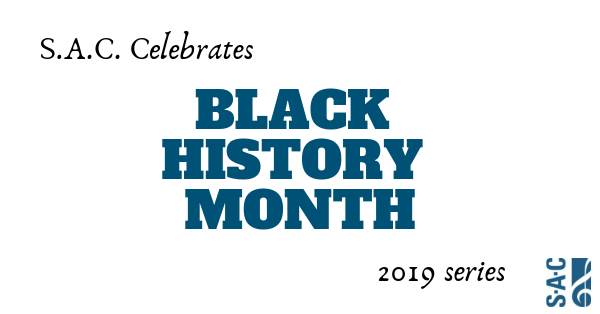 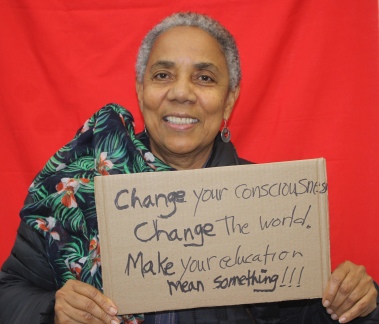 Writer; Poet; Performer; dub poetry embodies these three characteristics, distinguishing it from singers or poets. As a pioneer in the dub poetry world, Lillian Allen has written, recorded and performed for decades. The Juno award winner has published books, advised community advocacy groups and the government alike on various social issues and now teaches at Ontario College of Art and Design (OCAD University).

“Black History Month reminds me of the soulfulness of my ancestors whose vestiges of heritage and culture we carry with us as a people everywhere we go; what an amazing connection this gives us. We are like our own worldwide web. Black History Month calls on not just Black people but our entire country to reflect on and celebrate the resistance, hopes, sacrifices and achievements of Black people & our culture and our vital contribution to human enterprise, both tangible and intangible. It should also be a reminder that unequal societal conditions, marginalization, lack of opportunities especially among a section of our youth, was not always so and can and must be countered with culture, economic upliftment and participation in society’s processes.”

Lillian Allen grew up in Spanish Town, Jamaica and emigrated to Kitchener/Waterloo Canada in 1969 and later moved to New York City to pursue her studies and back to Canada where she settled in Toronto in the mid 1970’s.

Reading and performing her brand of poetry at community events to much accolades, her first of many books, Rhythm an’ Hard Times was published in 1982. Her first recording came out the following year. Active in Toronto’s arts & culture scenes, she collaborated with many musicians and artists.

Allen’s interest in writing and performing dub poetry received a jolt when she encountered the original dub poet Oku Onuora at a 1978 writers’ conference in Cuba. Onuora recorded the first dub poetry album, “Reflections in Red,” in 1979. Music is a fundamental component of dub poetry; the beat, usually reggae, is meant to add momentum to the uttered verses.

Lillian Allen was part of the first wave of dub poets including Mutabaraka and Linton Kwesi Johnson, credited with coining the term in a 1976 article. Johnson later explained he was referring to the rise of “toasting” among Jamaican deejays which developed into chattering or even singing along with extant songs and instrumentals. Dub Poetry is not toasting or “singjaying” though; there is a gravitas to the words which is not a requirement in reggae singing or toasting.

She explains in De Dub Poets her desire “to work within a form whose aim was to increase the dynamism of poetry, to increase it’s impact and immediacy, a poetic form that could incorporate many aspects of other art forms: performance, drama, fiction, theatre” and other elements. Her records “Revolutionary Tea Party” (1986) and “Conditions Critical” (1988) won Juno awards.

Allen co-founded the Dub Poetry Collective in between publishing books and performing live before assuming a new role, as a professor, at OCAD University.

Allen is currently developing a new BFA program in creative writing. The program will include performing, digital art forms and other elements integral to creative expression in 2019.

Erik Twight is, at present, a Freelance Writer, maintaining a web presence specializing in current affairs, history, photography and music and producing a weekly podcast/radio show arranged thematically and with commentary for fun. Click here to read more. 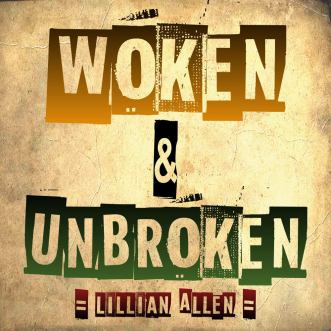 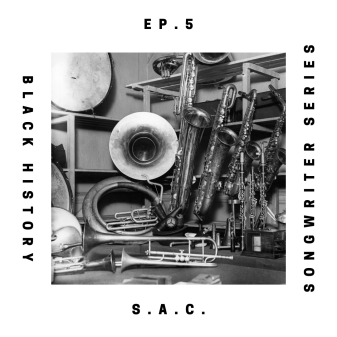 Song: I Dream a Redwood

Songwriters Association of Canada posts songwriter related news and events as a resource to members. Publishing these posts does not imply that the S.A.C. endorses the teacher, product, service, or company.