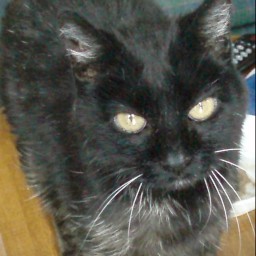 Larry Wayne Clark was recently featured in one of our Songwriters Magazine (Fall 2009) as a Canadian songwriter who has thrived in Nashville, garnering many cuts and building a rich community there.   Early last year, his life changed with a diagnosis that is best described in his words.  Read further to find out how Larry’s muse has prevailed.

THE BIG C AND THE MUSE
by Larry Wayne Clark

In February, 2010, a couple of weeks after my 60th birthday, I went for my first-ever colonoscopy and learned that I had colon cancer. I clearly remember hearing those words—the kind of words that ring ominously in our darkest imaginings—and wondering why I wasn’t more shocked. Probably because the Nashville doctor made the announcement in such a casual, almost chummy manner that it somehow did not press the panic button. Probably, too, because I had a strong suspicion something was very wrong. I had lost a lot of weight and my digestive system was behaving in unfamiliar ways.

Anyway, there it was. Cancer. Quite operable from the look of it, I was assured, but cancer nonetheless. Clearly my life, and that of my wife Maggie, would be forever changed. We had lived in Music City, with quite frequent jaunts back to Canada, for 15 years. We own a house there. My life was a constant shuffle of co-writing appointments and producing demos. Maggie worked at pitching and administering our catalogue. Songs had ruled our lives, but no more. The first order of business was to get out of the States, fast. We had no American health insurance and that was terrifying.

First we drove to Barrie, Ontario where I have relatives. My cousin got me in to see her family doctor who referred me for a CT scan. Now the news worsened: there was cancer in my lungs and liver. Surgery was no longer an option. Chemotherapy was recommended to “buy me some more time.” I was told that my life expectancy might be anything from six months to two years. This time the words I was hearing engulfed me in a chilling wave.

I thought about how I wanted to spend what time I had left. Though it seemed odd in a way, New Brunswick beckoned loudest. Both my parents were born in Saint John, and I had lived there as a young child for a couple of years before we relocated to Montreal. Generations of my forebears rest in the city’s graveyards. Many of my youthful summers were spent in Saint John. I enjoyed the constant proximity of water, the greenness, the quaint Maritime buildings and, especially, the good humour and unbounded friendliness of the people. No matter where I lived through the years I was warmed by those memories, and now I wanted to experience the East Coast again. I knew little of the New Brunswick music scene but that was the least of my concerns.

I spoke to my cousin Nancy, a retired nurse with whom I’d stayed in touch over the years, and a person of vast generousity. In the past she’d extended several invitations to Maggie and me to come and stay at her Quispamsis home, only sporadically occupied because Nancy and her husband Jim winter in Florida and spend much of their summers at their camp. I explained my situation and my desire to be in New Brunswick. Nancy said she would have a bedroom ready whenever we arrived.

We put our Nashville home up for rent, packed what little we had in our ’98 Plymouth Breeze, along with our baffled 16-year-old cat Cleo, and made the trek from Barrie to Quispamis (just outside of Saint John), feeling like a couple of hard luck refugees.

And here we are today, almost a year later. But something strange has happened over the intervening months: I got better. I don’t mean I’m cured, far from it, but I’m better. I’m back at a sensible weight, my energy and attitude are good, and my CT scans are showing improvement. Best of all, I’m surrounded by family and new friends and, in contrast to the long weeks of musical indifference that followed my diagnosis, I’m feeling like a songwriter again. Little

wonder. A benefit auction and concert—Nashville Sings For Larry Wayne Clark—was held last June in a Nashville bar. Maggie and I sat there in amazement as almost 20 singer-songwriters performed songs we’ve written together. An appreciable sum of money was raised but the greatest gift shared was an emotional one that will never be forgotten. Every songwriter should experience the dizzy joy of hearing a parade of talented singers (among them Canadians Lisa Brokop, Adam Gegory and Andrea Pearson) singing their songs and praises. If ever I’ve had doubts about the wisdom of my chosen profession, they ended that night.

Meanwhile I’ve met tremendously talented people here on the East Coast. I’m co-writing, doing some song coaching and production—even some Nashville-based co-production, thanks to Skype. We continue to pitch our songs in Canada and the U.S. MP3s, the Internet and Skype have created a brave new world where distance seems not to matter. We continue to get the odd cut, and our Jaydee Bixby single “Dream Bigger” is doing well at radio and download sites as I type this. Recently Maggie and I hosted a publishing seminar under the auspices of Music New Brunswick, which we joined last year. Our many years in the industry, heightened by the “romance” of 15 years spent in the trenches of Music City, make us somewhat exotic birds here and people seem eager to tap into our knowledge and experience. I even played a writers’ night not long ago, flanked by some of my new co-writers. Life—so grim-looking less than a year ago—is good.

I’ve been asked whether my diagnosis has altered my writing. I don’t think it has in any obvious way. I’ve never been a confessional-style writer with every lyric like a page torn from my personal diary. Being a non-performer with a penchant for production, I tend to write songs for other people to sing. Like many veteran songwriters, I spend a lot of time co-writing with young singer-songwriters, some of them in their teens. I’ve always found this to be an exhilarating process—during the session I feel as young and vital as the person sitting across from me, but my ability to delve deep into the architecture of a song could only be a product of long years. As far as subject matter goes, like most songwriters I’ve always been drawn to the Big Issues—life and death, love and loss, jubilation and despair. These are the things that a song can underscore brilliantly. I believe that everything we write, even if we wrap ourselves in the skin of another character, reveals our innermost selves. Sometimes we have to wait to “grow into” the fullness of themes we’ve long explored authorially.

I wake up every day with a great curiousity to see what lies ahead. As is my habit, I often have my acoustic guitar in hand before I’ve sipped my first coffee, anxious to read the musical barometer of the day. Lyrics lie about everywhere. Friends—in Nashville, B.C., Ontario, Alberta, and right here in New Brunswick—continue to astonish me with their outpourings of love and well wishes. Music has introduced me to a host of wonderful human beings who pray daily for my recovery. Maggie is, as always, my rock. I live with the daily hope of writing the perfect song.

Life, pardon my repeating myself, is good.